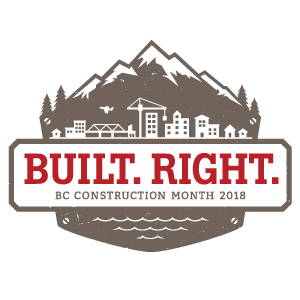 VICTORIA – The British Columbia Construction Association (BCCA) and the Ministry of Advanced Education, Skills, and Training are raising awareness about careers in construction throughout April.

“Construction and Skilled Trades Month is a great opportunity to raise awareness of the job opportunities in the building trades, especially as the industry is booming,” said Melanie Mark, Minister of Advanced Education, Skills and Training. “We expect over 59,000 jobs in construction to open up by 2027, and that means we’re going to need more diversity in the workforce. This is good news for women and Indigenous groups looking for a good-paying job.”

Over 200,000 workers are employed in the construction sector. However, there are only 3,600 registered female apprentices working in B.C. The Province is investing $1.8 million over the next two years to recruit, retain and advance women in the construction trades.

“This month, we want all British Columbians to take a minute to appreciate the important work done by our province’s 229,000 construction workers,” said Chris Atchison, BCCA president. “Our industry offers challenging, rewarding career opportunities, and we encourage anyone considering their future career path to think seriously about construction trades, because there is enormous opportunity.”

Over the next three years, the Province will invest $15.8 billion in taxpayer-supported infrastructure throughout the province, supporting thousands of jobs during construction. This includes a direct investment by government of $1.2 billion in planned capital expenses in the post-secondary sector.

“Skilled trades is a perfect career choice for those who want to help make, build, and maintain our communities and the province,” said Gary Herman, CEO, Industry Training Authority. “It’s a great time to be in trades. With a large number of trades people retiring over the next 10 years, there is tremendous growth potential for trades apprentices throughout B.C.”

The construction industry offers career choices beyond the skilled trades such as jobs in accounting, office administration, technology, regulatory bodies and many more.

The BCCA and the provincial government are working together with private- and public-sector partners to emphasize inclusion and diversity for all British Columbians to access high-demand career opportunities through affordable training and supports.

A Conversation with Dr. Lucy Jones