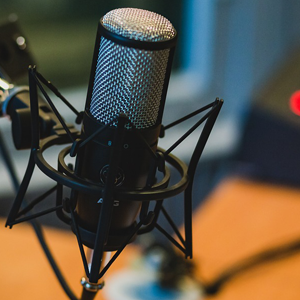 A Conversation with Dr. Lucy Jones

Dr. Lucy Jones is the founder of the Dr. Lucy Jones Center for Science and Society, with a mission to foster the understanding and application of scientific information in the creation of more resilient communities. She is the author of the forthcoming book, The Big Ones (Doubleday, April 2018) and is also a Research Associate at the Seismological Laboratory of Caltech, a post she has held since 1984. Working with both the public and private sectors, Dr. Jones seeks to increase communities’ ability to adapt and be resilient to the dynamic changes of the world around them. The aim is to understand and communicate where the greatest vulnerabilities lie and what actions can be taken to reduce the risk thatare the most cost-effective. With a Bachelor of Arts in Chinese Language and Literature from Brown University and a Ph.D. in Geophysics from MIT, Dr. Jones has been active in earthquake research for decades, furthering earthquake risk reduction through seismological research and integrated disaster scenarios.

LS: Hello, I’m Lisa Stevens with the BC Construction Association. I’m here today with Lucy Jones, an expert in earthquake research and earthquake risk reduction from LA. Lucy is the 2018 distinguished lecturer for the Earthquake Engineering Research Institute, BC Branch. She’s in Victoria to talk about creating resilience in our communities, particularly about creating building codes that reflect the realities of earthquake loses.

LJ: Thanks for having me here.

LS: Welcome. Thank you for taking the time to chat with me today. As you know, BC Construction Association is sponsoring the symposium Understanding Risk in the build environment in April. I’m very pleased to share the benefit of your experience in advance of that event. My first question: Why should people working in construction and building trades be concerned about preparing before The Big One?

LJ: Because what happens in the earthquake depends completely on what we’ve done before. Many people believe we must have good building codes, right? And in fact, the building code has advanced the cause of life safety greatly. Earthquakes early in the 20th century, many people died. We see it now in California – even some quite large events – very limited deaths because we focused on life safety. The problem is it’s only focused on life safety. We’ve said, ‘If your building is a total financial loss after the earthquakes that was your choice to make. You just can’t kill people in the process.’ So the building code is solely about not killing people. The problem is, where do you live after the earthquake? Where do you go to work after the earthquake? How do you keep your city’s economy going after the earthquake? The individual’s financial choice to have a weak building has implications for everyone around them. As we look at how this plays out in big earthquakes, we think that we really need to move towards a higher standard that actually tries to make the building something that can be rebuilt – it doesn’t have to be perfect, but you shouldn’t have to tear it down after the earthquake. Unfortunately, the way our building code is constructed, it’s likely that many buildings will be completely torn down or replaced and how do you keep your city running then?

LS: Do you have an idea or a picture of a framework for building code that would be better reflective of the realities of earthquake loss?

LJ: You’ve got two issues, one is the policy decision. What is the standard that we want to build towards? Then there’s the technical issue about how do we accomplish that standard? And right now, we’ve had the objective of life safety and a technical approach that’s focused on collapse prevention as the definition of how a building kills people. What we are looking at is that as a policy matter we say, we want better than this. We want a building that we can use again after the earthquake – at least not too long after, with limited repairs. The technical approach really needs to be quite different, and I’m not an engineer so I trust my engineers to do this, but it’s focused on resilience of the structure and the ability to repair it afterwards.

LS: Do you think there’s a business case to help motivate the construction sector to support the changes that are needed?

LJ: I think one thing is that people assume it must be much more expensive and that really isn’t the case. In California, we have significantly different risk. In Orange Country the expected rate of earthquakes is enough less than it is in San Bernardino, that your building is quite a bit weaker. So we know exactly how much it costs to build a stronger building and it’s about 1 to 2%.

LJ: It’s a very, very small amount. That’s the level of difference below what you get just because of different labour costs in different markets. So we want to first recognize that we are saving a very small amount of money on the short term with a very large cost in the long term. I think the other point is, do want a city where you can continue to work afterwards? If we lose too many buildings, you might think, we look it, look at all that construction we’re going to be able to do afterwards. But at least in California, we have such a low level of earthquake insurance, if we lose that many buildings, it’s likely that we’re going to be getting decades-long depression in the market. You’ll lose not only that particular building, but for decades thereafter we’re going to have a reduce economy. Who wants to live in California when things are all on the ground?

LS: To that point of consumer choice, do you think that there may be a shift in demand in the consumer side once buyers of residences or commercial space become more aware that they could be making a choice for a more resilient building? Do you think that could help drive the market?

LJ: I think it could drive the market. The biggest challenge is that we are very emotionally afraid of earthquakes. The idea of dying at an unknown time, just out of the blue, hits a lot of emotionally buttons. Therefore rational decision making is harder to be done here. We have found that many in the building industry very wary of a rating system. We said, why don’t you just say this is a better building you’ll be able to use after the earthquake?

LJ: Ratings work! And they’re afraid they work so well that they won’t be able to rent their buildings at all because they’re being driven by this fear around the life safety issue. Because our general public tends to think of earthquakes as life safety rather than the real issue of the economy. Whether it goes as a rating system vs. raising the whole code, given the cost difference is so small, raising the whole code seems to me a much better approach. We need to remember when one building is badly damaged in an earthquake, its owner loses that money, its tenants can’t go to work, but probably its neighbours lose the use of their building as well. So that economic decision to build a weaker building as implications for many people beyond just the owner. Especially in urban areas, I would advocate that there’s too much financial spillover and therefore, especially given the low cost, having it mandatory in an urban area makes more sense to me. I can imagine differently in a rural area, you don’t have buildings nearby, it is your individual choice. It’s not in the big city.

LS: Depending on the market, for sure. We’ve run out of time already! And we barely starting talking about all the important, interesting things that we could talk about. Thank you for your time. For our listeners, Dr. Jones has a book coming out this March it’s called, The Big Ones. Published by Double Day.

LJ: It comes out on April 17th but it’s available for pre-order now.

LS: Thank you so much for sharing your expertise and your passion for creating more resilient communities.

LJ: Thank you for having me.

The last comment and 9 other comment(s) need to be approved.
0 replies

Want to join the discussion?
Feel free to contribute!

Premier unveils supports for women building a career in the trades