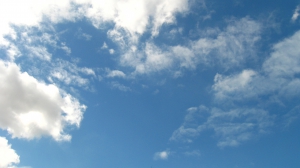 The BC Construction Association (BCCA) has reviewed the bidding documents and strongly advises contractors to consider the risks associated with the terms listed below. All opinions stated below are those of the BCCA and reflect the publicly-stated policies of BCCA, which can be found online.

Risk to Contractor:  Although this document is described as a Request for Proposals it is a tender and has all the obligations of a tender. Clause 4.5 Procurement Process Non-binding can lead to mischief whether intentionally or unintentionally.

Risk to Contractor:   “Prices shall remain open for acceptance by the Owner at any time before normal requirements for such work or materials’. This statement is vague and therefor open to interpretation. It is also unreasonable: it is difficult for a contractor to project   costs over an undefined time period, or to clearly understand what the Owner and Bidding Authority considers a ‘normal requirement’.

Risk to Contractor: As noted in 2 above.

Risk to Contractor:   This list asks for ‘Years of Experience Working with Proponent’. This information is redundant unless it is being evaluated under the ‘scoring’.

Risk to Contractor:   These Supplementary Conditions are onerous and put unreasonable risk on the Contractor. They do not comply with the requirements of BC’s CAMF, 8.2 Principles, Allocation and Management of Risk. The following Supplementary Conditions (items 6,7,8 below) are a sampling of the more onerous clauses. Contractor’s should make their own evaluation and perhaps seek legal counsel for advice on the risks.

Risk to Contractor: This is a wide-open risk to contractors because there is no factual basis for estimating the impact of delays.  Costs could be significant. Refer to BCCA’s Construction File on liquidated damages

Risk to Contractor: These markups do not meet industry standard (as specified in BCDC 2) which are 20% for a Contractor’s own work and 10% on a Subcontractor’s work. As well, the definition of what is considered “costs” is not in alignment with industry standard. For example this low markup includes overhead costs for some staff which could be directly attributable to a Change. Similarly, costs for labour, burdens, benefits and Worksafe are also considered overhead.

Risk to Contractor: Making the Contractor responsible for deductibles which are under the insurance provided by the Owner is unreasonable and does not comply with the requirements of BC’s CAMF, 8.2 Principles, Allocation and Management of Risk. (e.g. in the case of an actual significant seismic event, each Contractor’s responsibility for a $250,000 deductible for earthquake peril could lead to widespread business collapse without the security of  3rd party insurance)

Accepting terms which are onerous can harm a contractor’s profitability and undermine accepted industry standard practices, weakening the resilience and productivity of BC’s construction sector. Tendering conditions that undermine industry standards may likely be a forewarning of how a Project will progress, and historically are shown to lead to costly disagreements.

Onerous conditions such as those described in this alert limit competition. Contractors don’t bid or they bid but seek to protect themselves from perceived risk. Either outcome will raise the cost of construction. Onerous bidding conditions are not in the best interest of the tax payers of British Columbia.

The BC Construction Association has issued this Alert to contractors as a service to the members of the Association and industry at large to help educate them on the risks associated with bidding. Contractors should not rely solely on the information in this Alert in making decisions on whether to bid or how much to bid. BCCA recommends and expects that before making those decisions, contractors will review the relevant terms of the Bid Package, including the Instructions to Bidders, draw their own conclusions and make their own independent decisions.  BCCA and its agents accept no responsibility whatsoever for the distribution, completeness or accuracy of the information contained in the Alert. Anyone who acts based on the information agrees that it does so at their own risk and will not hold BCCA or its agents accountable for any loss resulting from that action.