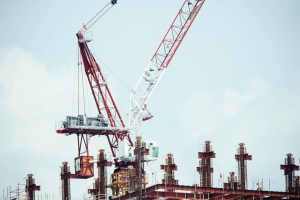 The Province has awarded the first construction contract to fall under BC’s new Community Benefits Agreement(CBA)/Project Labour Agreement, and it comes at a hefty cost.

The expansion of Highway 1 at Illecillewaet will now cost $85.2M, an overall project cost increase of $22.3M from the budget announced with the tender in February, which was already $27.9M higher than the original funding announcement of $35M in August 2015. In total that’s a 143% project cost increase. It’s worth noting that the Federal government’s contribution of $15.5M will not grow with the budget, leaving BC taxpayers to cover the $50.2M overage.

Since the CBA/Project Labour Agreement was announced by Premier Horgan in July 2018, BC’s construction industry has expressed significant concern about its impact on cost, competition, and labour supply. Its requirement that all workers on a CBA project become members of a preferred union is believed to be contrary to the Canadian Charter of Rights and Freedoms, and places a heavy administrative burden on a largely free-market industry where 85% of the 180,000 tradespeople are not unionized.

The uncertainty the PLA creates around the labour market is of significant concern to BC’s construction employers. When Premier Horgan announced the PLA last summer he estimated that its introduction would result in a 7% increase to project budgets. Today the government is citing “escalating costs of materials, labour, and the complexity of the work required” as the reason for the 35% budget increase on the Highway 1 project. Industry believes the cost increase to some extent reflects the risk the PLA introduces in the market.

The BCCA and industry partners are awaiting a ruling from the BC Supreme Court in regard to their legal challenge based on the unconstitutionality of the BC CBA/PLA.

In a joint filing, the BCCA teamed with other industry stakeholders, with the “Pattulo Bridge Petition” to ask that the NDP government’s discriminatory building trades union-only hiring procurement policy for public construction projects be struck down on the grounds that it violates the constitutional rights of 85% of BC’s construction workforce.

The BC Supreme Court heard the case between February 27 and March 1, 2019. They advised a decision would be shared by the end of April.

Click here to read our article on the Community Benefits Agreement

At the federal, local, and provincial levels, Community Benefit Agreements are gaining traction in government as a way to solve social issues.

Provincially, the government announced on July 16th a new Community Benefits Agreement that is a loosely disguised Project Labour Agreement. The first projects to be delivered under the framework are the new Pattullo Bridge and the four-laning projects on the Trans-Canada Highway between Kamloops and Alberta. Read our CBA 101.

BCCA’s position on Community Benefit Agreements is clear: we strongly oppose any procurement practice or program that seeks to confer exclusive bidding rights to companies based upon any system of quotas or legislated wages within the province. We advocate for a transparent procurement strategy in the public tendering process that allows for fair competition. Read our policies.

Federally, Bill C-344 (An Act to amend the Department of Public Works and Government Services Act (Community Benefits)) will go before the Senate in Fall 2018. Bill C-344 is very concerning from multiple perspectives:

BCCA is working with our counterparts at the national and local levels to educate MPs on the risks of this approach.

In Fall 2018 BCCA met with regional members to share opinions on the potential impacts of the BC CBA. The presentation is available for viewing, and includes remarks from the discussions and in-room polling results. Although most contractors feel very strongly that the CBA is not going to be productive for BC, BCCA is preparing policy recommendations intended to achieve desirable outcomes for the stated goals of local, non-traditional hiring and timely, on-budget public sector projects.

WorkSafe BC Review
Scroll to top