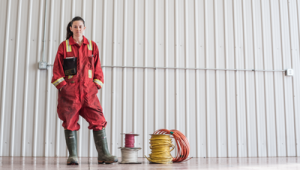 Tackling the Late Payment Epidemic: What Will It Take?

“Prompt payment” is a familiar issue in the construction industry. Of course there’s nothing prompt about it. It’s the LACK of prompt payment that makes it an issue, handicapping our industry, squeezing the small contractors, and pushing risk down into the supply chain onto those who can least afford to carry it.

The result is an estimated $4BN in risk premiums on current projects underway in BC. Contractors must mitigate the late payment risk by increasing costs of construction to cover the anticipated financial costs of carrying debt. Basically, construction owners are paying a significant premium because too many smaller contractors have to take out second mortgages or extend credit lines in order to pay their staff and their suppliers. Owners include government, which owns an estimated 10% of BC’s current construction project valued roughly at $7.5 BN.

Intentionally blocked cash flow between contractors is a problem that probably goes back to 1788 when Thomas Cubitt, an English “master builder”, came up with the idea of employing all the trades under his own management, and the concept that we now know as “general contracting” was born.

Construction’s payment curse is a hot topic in the UK right now as a result of Carillion’s bankruptcy: Carillion was well known for its abusively long payment terms and chronic late payment behavior. Now, in insolvency, contractors with accounts payable from Carillion are left with nothing. In the UK the Carillion case has prompted a flurry of discussion about how to put an end to “supply chain bullying”. Is the answer a Pledge? A Code? A promise etched in blood and sprinkled with sawdust?

Ontario is rolling in its new “Construction Act” changes setting up prompt payment legislation in July 2018, and other provinces including BC are increasing the pressure on government to step up and provide legislative support. The pressure is also mounting in Ottawa. Saskatchewan is edging closer.

BC’s construction industry overwhelmingly supports a prompt payment policy that mirrors the approach taken in Ontario, with an adjudication component that ensures timely and fair outcomes. To get to the right legislation it is imperative that all stakeholders, including general contractors, are at the table and that BC watches the developments in Ontario very closely.

But here’s the thing. While legislation is a crucial it isn’t a complete solution: any construction project is already ripe with legally binding contracts that include payment terms, and yet in many (most?) cases, when these terms are violated, the contractor doesn’t seek legal recourse. There are many reasons for this that legislation won’t necessarily solve, from lack of resources to the risk of being blacklisted on future work. So, while legislation is important and will make a difference, there are other actions we must take to reduce risk and risk premiums in BC’s construction industry.

It’s going to take these key three elements together to truly make an impact:

So. Yes lack of prompt payment is a big problem. But let’s stop the hand-wringing and get down to the business of solving the problem. We have the technology.

Construction Month in BC 2018 Recap Video #BuiltRight
Scroll to top