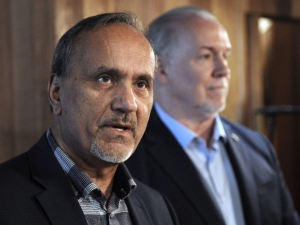 The BCCA is a non-partisan association representing BC’s construction industry. We advocate for the competitive success of all employers, regardless of labour affiliation, and seek a fair and balanced approach from government in regard to decisions that greatly impact our industry.

We are pleased that Minister Bains accepted Labour Code recommendations provided by the Labour Relations Code Review Panel, particularly in regard to maintaining the secret ballot.   We also support the proposed updates to the Employment Standards Act, which seek to improve the safety of children and youth in all industries, and enhance protective supports for all workers.

We are concerned that the Minister has chosen to override the Panel’s recommendation to move the open period to every third year.  The negative impact on productivity in our sector is likely to be significant as a result of an onslaught of “raiding” throughout every July and August – the busiest time of year.  We also have concerns about changes that give the Labour Relations Board broader powers.  While it is important to protect the rights of workers, it is also important to protect the rights of employers.

In November 2018, BCCA filed an official response advising Minister Bains to accept the report because we believed it demonstrated the balance that industry needs.    We stressed his acceptance of the recommendations would help to harmonize tensions that are building in BC’s construction industry following the recent introduction of Project Labour Agreement policies that give preferential treatment to designated trade unions.

In particular, we believe:

BC’s coalition government must continue to do its utmost to build a productive and resilient construction workforce.  Union and open shop tradespeople in our industry are used to working together harmoniously, and we look forward to continued collaboration and productivity from our political leaders.

In particular, BC’s construction industry appreciates the leadership of Andrew Weaver and the Green party who were instrumental in shaping this fair decision.

The result is a Labour Code that allows everyone to get back to work and focus on what they do best: creating and maintaining BC’s world class built environment.  However, BCCA will continue to ensure that the rights of employers are not undermined as a result of these proposed changes.