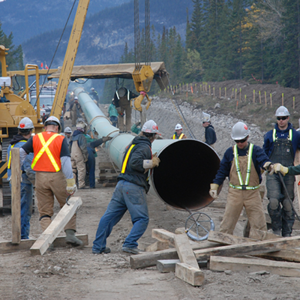 Victoria, May 29, 2018 — The BC Construction Association has long been a strong public supporter of BC’s oil and gas strategy and of the Kinder Morgan Trans Mountain pipeline in particular, recognizing the significance of the project for the economic prosperity of British Columbia and the rest of Canada provided that all environmental safety stipulations are met.

We believe the investment by the Federal Government of $4.5 billion to purchase the project, as announced today, is a good thing for BC and for Canada.  In particular, and critically, it sends an important message to current and future investors that we are a reliable investment partner.  While protests against this project and others will continue, we are now confident about the future of the project.

Importantly, the Trans Mountain Pipeline is now a public asset, subject to public sector obligations for fair, open, and transparent procurement practices.  This fundamentally changes expectations for the way the multi-billion project will be procured in our province.

The BCCA and its four Regional Construction Associations are committed to supporting public sector procurement professionals in ensuring best practices in bid obligations and processes: with local contractors in demand, resources at a premium, and timelines tight, this project will have a major impact in British Columbia.

BCCA will be looking for increased federal commitment to developing BC’s skilled workforce as part of the Trans Mountain Pipeline project.  In this province we are anticipating a skilled workforce shortage of approximately 14,000 tradespeople: the federal government as a major project owner is uniquely obligated to ensure that the residents of British Columbia – particularly equity seeking groups such as women and New Canadians – are provided with the training resources they need to fully participate in this construction project on merit.

It’s an all-hands-on-deck moment, and BCCA is hopeful that this major investment of taxpayer dollars reflects a firm commitment by the Federal government to fair and equal opportunity for all employers and the skilled tradespeople they require.

All in all this is a brave public investment that has the potential to be enormously positive for BC’s construction industry — in ways that exceed the potential of a project owned by of America’s largest energy infrastructure companies.  The controls have moved from Houston to Ottawa.  That should be a real boon for British Columbians.